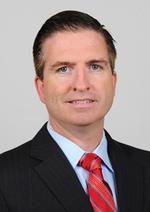 CAREER BIOGRAPHY
Entering his tenth year as head coach of the Hartford men’s basketball in 2019-20, John Gallagher has brought the Hawks to the brink of their greatest success in the Division I era. Named the 10th coach in the 69-year history of Hartford men’s basketball in spring 2010, Gallagher has more than 19 years of coaching experience at the Division I level on his resume.

The title of America East co-Coach of the Year only scratches the surface of what was a record-breaking season for Gallagher and the Hawks in 2017-18. Picked to finish eighth in the America East after a 9-23 finish in 2016-17, Gallagher led Hartford to one of the best single-season turnarounds in program history. Making a 10-win improvement, the Hawks broke the program’s Division I records in regular-season (18) and overall victories by going 19-14.

Hartford’s record-breaking campaign also featured the program’s second Division I postseason appearance, as the Hawks were invited to the CollegeInsider.com Postseason Tournament (CIT). The program’s first-ever postseason berth — a CIT invitation — also came under Gallagher in 2012-13.

In addition to the team’s successes, Gallagher also reached key milestones in his coaching career during the 2017-18 campaign. Three days after becoming the fifth coach in program history to reach 100 wins with a 79-62 victory at New Hampshire, Gallagher became Hartford’s winningest Division I coach after defeating Stony Brook, 73-64.

Gallagher’s 106 career wins are 22 shy of Jack Phelan, who has won the most games in program history (128), including 99 at the Division I level.

Hartford’s players have flourished under Gallagher, as a program-record four Hawks received America East All-Conference distinction in 2017-18. Among the honorees are John Carroll (Second Team), who became the 23rd player to net 500-plus points in a single season, and Jason Dunne (Third Team), who eclipsed 1,000 career points last year. In addition, Hassan Attia garnered All-Defensive Team laurels after becoming the third player in program history — and the first since NBA All-Star Vin Baker — to block 100 shots, needing less than two seasons to reach the milestone.

During his career, Gallagher has combined for 16 All-Conference honorees, including two First Team, four Second Team, four Third Team, four All-Defensive Team and two All-Rookie Team members. He has also led one player to a major award from the league, as Justin Graham was tabbed the co-Sixth Man of the Year by the America East in 2015. In addition, several of Gallagher’s players have signed professional contracts, including three after the 2014-15 campaign — Mark Nwakamma (Israel), Corban Wroe (Australia) and Yolonzo Moore II (Cyprus).

The Hawks have also excelled in the classroom during Gallagher’s tenure. This past semester, 13 players earned a 3.0 grade-point average or higher, with more than half (8) earning GPAs of 3.5 or better and two registering perfect 4.0 marks. Most impressively, Hartford’s team GPA last season — a 3.44 mark — was the highest among any America East men’s basketball team.

The Hawks posted back-to-back winning records for the first time in Hartford’s Division I history under Gallagher. Breaking out for a 17-win season that was capped by the program’s first-ever Division I postseason bid — all while boasting the 11th youngest squad in the nation — in 2012-13, Hartford posted a 17-16 record the following season in 2014-15.

At the conclusion of Hartford’s breakthrough season in 2012-13, CollegeInsider.com named Gallagher the 2013 America East Coach of the Year. That year, he was also a finalist for the prestigious Skip Prosser Man of the Year Award, which is presented annually to those who not only achieve success on the basketball court, but who also display moral integrity off of it.

Attributing to the Hawks’ success in the 2012-13 season was their tenacity on the defensive side of the court. Holding its opponents to a school record 61.2 points per game, Hartford, which won 17 games that season, also led the America East in steals (8.2 per game) and forced turnovers (16.0 per game).

Gallagher’s hiring in 2010 served as a reunion for the Philadelphia native, as he previously logged two seasons as the Hawks’ Associate Head Coach from 2006-08.

Between his two stints at Hartford, he served two seasons as an associate head coach under Glen Miller at the University of Pennsylvania. After the 2010 Final Four, Gallagher left Penn to become Steve Donahue’s Associate Head Coach at Boston College, but was released from that position when the opportunity to return to Hartford’s sidelines arose.

During his tenure as an assistant at Hartford, Gallagher provided new life into the Hawks scoring by helping implement a new motion offense. Hartford improved upon a 62.1 point-per-game average in his first year (2006-07) by netting 70.8 points per game in his second season (2007-08). In the latter season, which featured a then-school 312 made three-pointers, Hartford made its first-ever America East Championship title game appearance while posting 18 wins, the most in program history at the time.

Prior to his first stint at Hartford, Gallagher was the top assistant for Fran O’Hanlon’s staff at Lafayette College. At Lafayette, he served as the program’s top recruiter and was responsible for developing the team’s guards.

Gallagher arrived at Lafayette by way of La Salle University, where he coached five seasons, including two under Big 5 legend Speedy Morris and the final three under Billy Hahn. He jumped right into coaching in 1999 upon graduating from Saint Joseph’s University, where he was a guard for three seasons and a member of the 1996 squad that advanced to the NCAA Tournament Sweet 16.

Gallagher is one of four siblings in a basketball-rich family, as his sisters Ann and Joan each played college basketball at La Salle and Boston College, respectively. Gallagher and his wife, Geneva, have three daughters, Kenna, Alanna and Mary Kate, and one son, John “Jack” Gallagher.

Tom Devitt returns for his seventh season as a member of the Hartford men’s basketball team’s coaching staff. Named an assistant coach for the 2015-16 campaign after previously serving two seasons as the director of basketball operations, Devitt was added to the Hawks’ staff in summer 2013 and brings 20 years of collegiate coaching experience Hartford, including four NCAA Tournament appearances in his time at the Division I level.

Devitt came to Hartford by way of Wentworth Institute of Technology, where he spent 11 seasons as the team’s head coach. He led Wentworth to a major turnaround, leading the program to the Commonwealth Coast Conference Championship and first NCAA Division III Tournament appearance since 1997 in 2007.

A two-time CCC Coach of the Year in 2007 and 2010 who concluded his tenure as the all-time winningest coach in program history (139), Devitt brought his squad to eight consecutive CCC Tournament appearances and four-straight ECAC Tournament bids in his final four seasons.

Devitt gained NCAA Division I basketball experience early in his career as he started out as an undergraduate student assistant for the Boston College men’s hoops team. Upon graduation, he remained at his alma mater for four more years after being hired as the Eagles’ director of basketball operations.

Devitt and Gallagher’s paths crossed several years before reuniting at Hartford. After winning the BIG EAST Championship in 1997, Boston College lost in the second round of the NCAA Tournament to Gallagher’s alma mater, St. Joseph’s, at the Huntsman Center in Salt Lake City, Utah. Prior to that, Devitt was a part of the 1994 Boston College squad that made an impressive run to the Elite Eight as a No. 9 seed after knocking off defending national champion and No. 1-ranked North Carolina in the second round as well as Indiana in the Sweet 16.

Following his stint at Boston College, Devitt, a Washington, D.C. native, returned to his hometown to take on his first assistant coaching job with the men’s basketball team at American University.

Devitt's wife, Amanda, serves as the Senior Associate Athletics Director for Student-Athlete Services and Success for Hartford Athletics. The couple resides in West Hartford with their daughter, Violet. 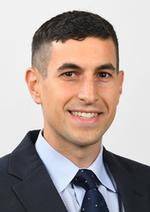 Tim Brooks enters his first season as an assistant coach for the Hartford men’s basketball team in 2019-20.

Brooks joins the Hawks’ coaching staff by way of IMG Academy in Brandenton, Fla., where he was the head varsity national assistant coach for two years from 2017-19. Leading the program to its first-ever No. 1 national ranking and “Geico High School Nationals” championship in 2018-19.

During his time at IMG Academy, Brooks coached a single-season record three McDonald’s All-Americans in 2018-19, while contributing to the development of several high-major Division I commitments.

Brooks was the head varsity assistant coach at St. John’s College High School prior to his stint at IMG Academy. Spending four seasons with the staff from 2013-17, he helped lead St. John’s to the program’s most wins in a four-year stretch (112), including the only 30-win season in program history in 2015-16.

Coaching 16 players who elevated their careers to the collegiate rankings — including 11 that played at the Division I level — Brooks helped pilot the team to its first No. 1 ranking in the Washington Post since 1984 in 2013-14, and St. John’s highest national ranking in the USA Today Super 25(No. 5) in 2015-16.

In addition to serving as an assistant coach for Team Takeover (2013-15) and Bishop Ireton High School (2011-13), Brooks has also worked with the St. John’s College High School Basketball Camp (2011-17) and the

As an undergraduate at James Madison University, Brooks served as manager of the men’s basketball team in 2008-09. He graduated in 2011 with a degree in economics. 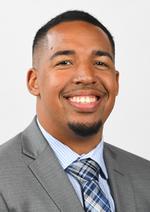 Former Hartford men’s basketball standout Yolonzo Moore II enters his third season as a member of his alma mater’s coaching staff in 2019-20. Moore, who was hired as the Director of Operations prior to the start of the 2017-18 campaign, was promoted to an assistant coach in July 2019.

A standout guard, Moore played four seasons with the Hawks under current head coach John Gallagher from 2011-15. He led the Hawks to back-to-back 17-win seasons (2012-13, 2013-14) and the program’s first-ever Division I postseason appearance — a trip to the CollegeInsider.com Postseason Tournament in 2013.

In the classroom, Moore was a two-time America East Academic Honor Roll member in 2012 and 2013.

A 2015 graduate of Hartford, Moore received his degree in management from the Barney School of Business. He is currently pursuing his Master’s of Science in organizational psychology.

In the classroom, Moore was a two-time America East Academic Honor Roll member in 2012 and 2013.

A 2015 graduate of Hartford, Moore received his degree in management from the Barney School of Business. He is currently pursuing his Master’s of Science in organizational psychology. 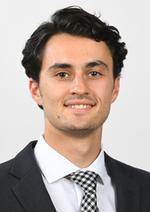 Andy Hurd enters his first season as a member of the Hartford men’s basketball team coaching staff in 2019-20. A local product of Windsor, Conn, Hurd joins the Hawks as the Director of Basketball Operations.

Starting his collegiate playing career at Central Connecticut State University where he played two years of basketball (2012-14), Hurd transferred to Trinity College for his final two seasons. He helped lead the Bantams to a pair of NCAA Tournament appearances, including the team’s historic run to the Elite Eight in 2015, and was the team’s starting point guard as a senior captain in 2015-16.

Hurd spent the fall 2016 semester studying in Rome before graduating in December 2016 from Trinity with a degree in economics.

In addition to his collegiate coaching experience, Hurd also has experience as a skill development trainer and an AAU coach in the Greater Hartford Area. He has worked at numerous camps over the past 10 years, including the John Gallagher’s “On The Floor” Basketball Camp, the Trinity College Nike Elite Basketball Camp, Howie Dickenman Basketball School, St. Bonaventure Basketball Camp and the Micah Lancaster’s “I’m Possible” Training Basketball Camp. 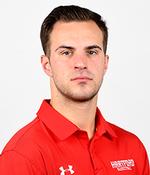